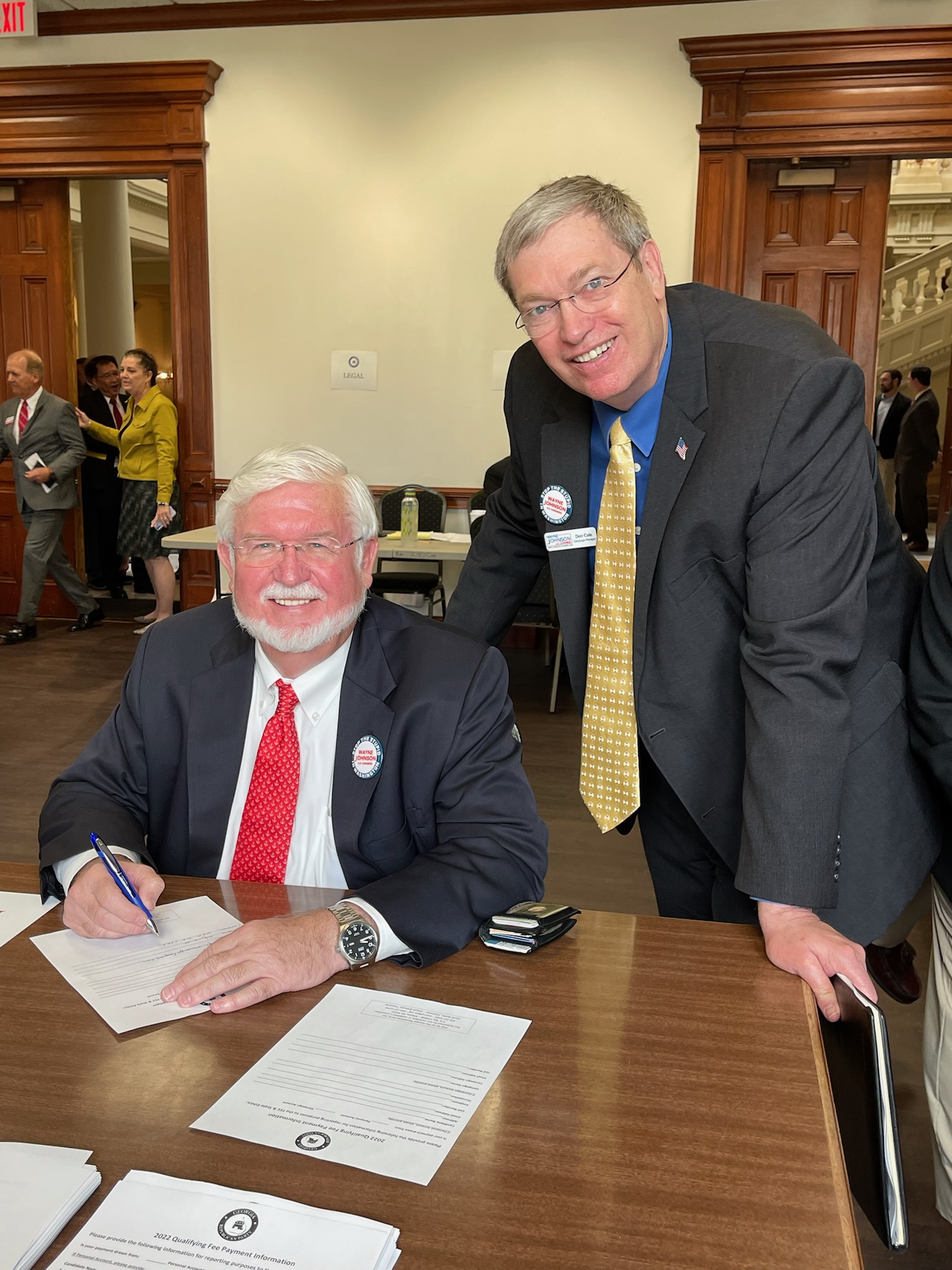 Johnson was joined at qualifying by his Campaign Manager and 2020 Republican nominee for the 2nd District, Don Cole (right).

“Washington has become a foreign land to most of America -- serving masters other than the people they are supposed to represent,” Wayne said.  “We need to reclaim our government for regular citizens fast before the rift becomes too wide to bridge.”

Johnson cited Congress and President Biden ignoring the issues most concerning to Americans like the crisis on our southern border, runaway crime, rampant inflation and surrendering our energy independence as examples.

“Our supposed leaders turn a blind eye to the needs of Americans to focus on a federal takeover of elections, gun confiscation and massive inflationary spending bills while catering to their supporters in big tech and the nascent green energy sector,” Wayne added.  “China, Russia, debt, and freedom-robbing big tech censorship are our enemies – not truckers, free-speech and American energy producers.”

“We need representation that represents us – that makes Washington make sense to regular Americans who don’t happen to have lobbyists or federal contracts,” Johnson concluded.