“Voters realize that with my business and Trump Administration experience, that I am the Republican who can defeat Sanford Bishop and ‘Stop The Stupid in Washington’.”

REYNOLDS, Ga. – It was the kind of old-school politics that have been forgotten in the age of technology, an old-fashioned, “y’all come” event by a candidate to say thanks to his supporters and welcome new friends.

In a throwback to the way politics used to be, Congressional Candidate and former Trump administration official Wayne Johnson joined host Ed Swearingen to have a ‘Pig Pikin’ last Thursday at the Silver Dollar Racetrack Shop owned by Swearingen in Taylor County.

“The unfortunate part about modern-day campaigns is that candidates hide behind television commercials and oversized postcards instead of meeting people in person,” said Johnson, who served for three years as a senior official in the Trump administration. “Our campaign wanted the chance to shake hands and say thanks to the people who are supporting the campaign.”

Johnson took the stage — by standing on two chairs pushed together — to announce that the theme of his campaign is to ‘Stop The Stupid in Washington’. He showcased his 2003 Ford 150 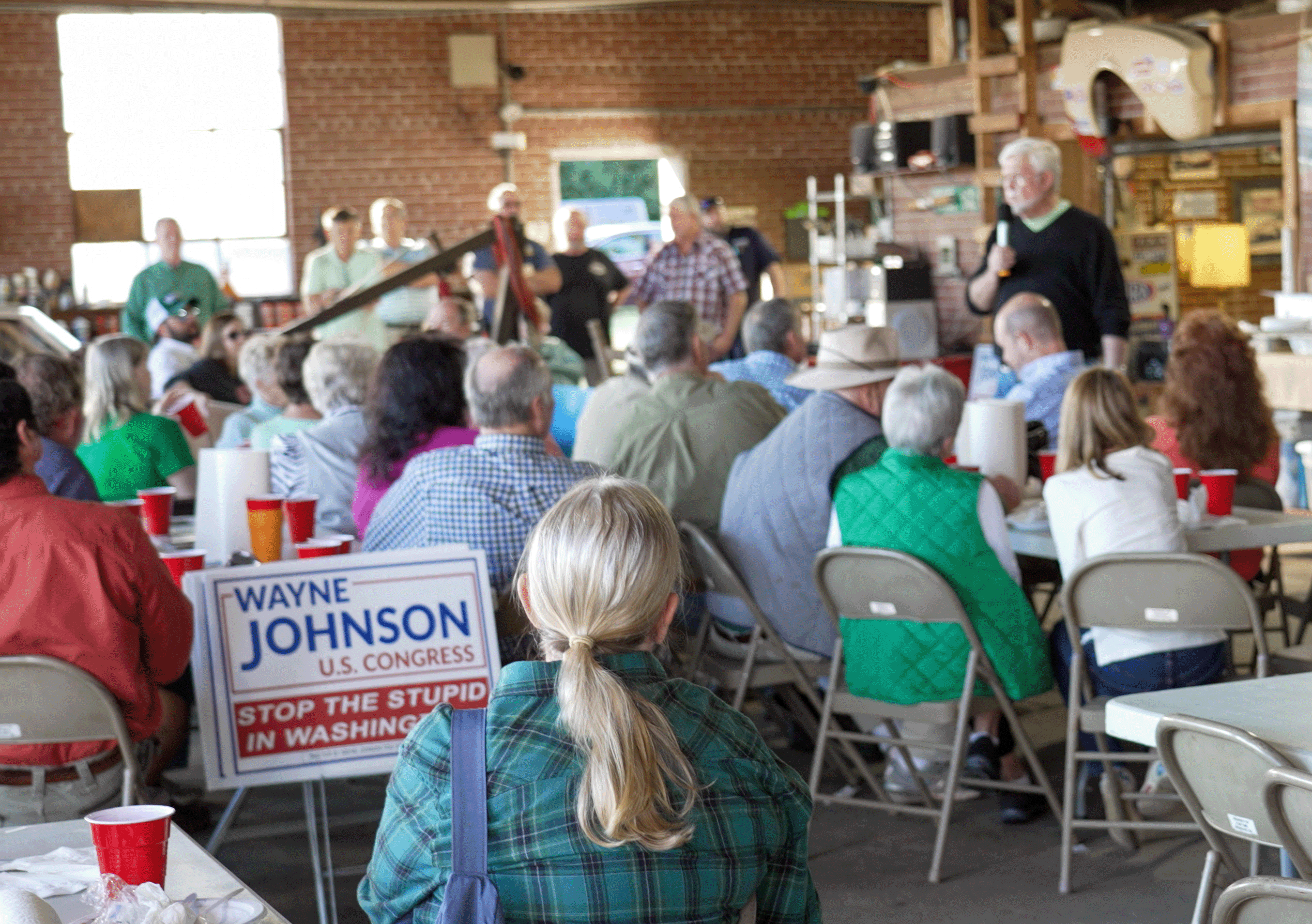 pickup that has this slogan written across the side and held up his campaign yard signs emblazoned with his ‘Wayne Johnson for Congress’ logo and with the ‘Stop The Stupid In Washington’ slogan.

Wayne also announced that bumper stickers with the slogan ‘Stop The Stupid in Washington’ are available for free by going to his campaign website and registering to receive campaign updates. The website is JohnsonCongress.com.

More than 200 supporters from five counties in the 2nd District joined Wayne and his campaign team, led by Don Cole, at the ‘Pig Pikin’. Johnson and his traveling BBQ Pit roasted three pigs and link sausage along with all the fixings of a traditional South Georgia BBQ. For four hours the crowd mingled with Johnson, his campaign team and fellow Republicans — listening to music and discussing how to solve “kitchen table” problems and issues.

When Wayne spoke to the crowd, he talked about the importance of voting integrity, the needs of farmers, the need and opportunities for accelerated Occupational Certifications and what it takes to continue the freedom enjoyed by Americans.

Johnson made the case for why he is the most qualified Republican to defeat long-term incumbent Sanford Bishop. Johnson emphasized and stated that, “Bishop cares more about pleasing Nancy Pelosi than he does about serving the people of Middle and Southwest Georgia.”

“As I have traveled all 30 counties in the district, I have heard time and time again that Republicans want to get to know the candidates in person so they can see for themselves who the best candidate will be in the fall,” said Johnson. “I believe voters realize I am the man who will defeat Sanford Bishop and ‘Stop The Stupid in Washington’.” 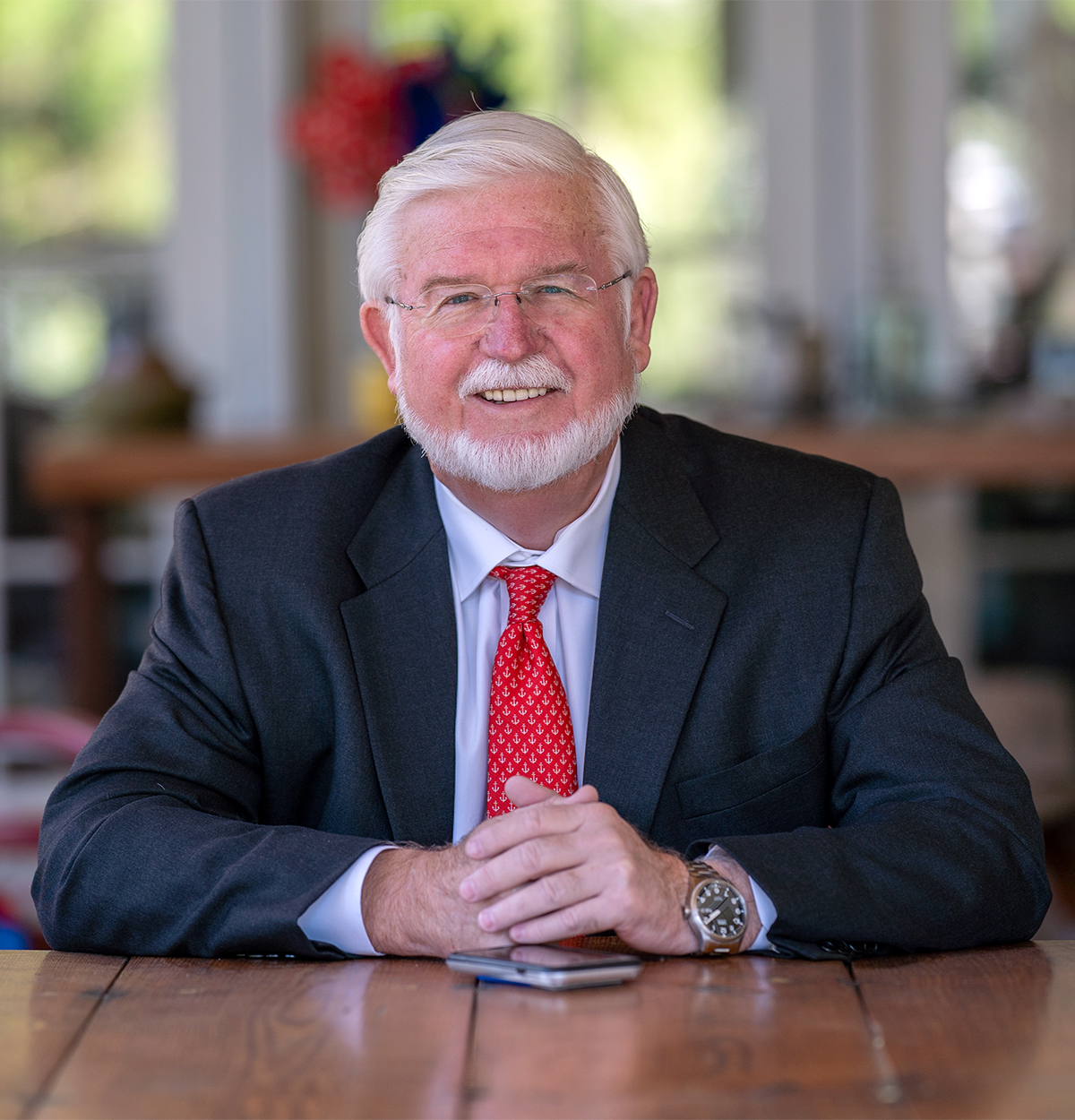 Johnson is a rock-solid conservative candidate in the Republican Primary in the 2nd Congressional District covering Middle and Southwest Georgia. Johnson served as a Senior Official within the Trump Administration, is a successful businessman, was an officer in the U.S. Army and is an Eagle Scout.