MACON, Ga. – Whether it be breakfast at the Cotton Gin in Reynolds, lunch at Betty’s Cafeteria in Bainbridge, to a Pig-Pikin’ in Georgetown near the shore of Lake George in Quitman County, Republicans realize Wayne Johnson is the most qualified candidate in the Republican Primary for the 2nd District Congressional seat.

“When you read up on the candidates and then listen to Wayne, you just realize he is the only Republican who is ready for work in Congress on day one,” said Quitman County Commissioner Danny Blackmon. “He needs no on the job training, and I believe he really can go to Washington and ‘Stop the Stupid.’ We even had people from Eufaula come over to listen to Wayne and they, too, were impressed.”

“I’ve known Wayne for decades, and there is no doubt he has all the qualifications, the right heart and the right mindset to be a great congressman,” said Mayor Godwin. “Wayne is a problem solver who is ready to serve, and who has proven his ability to serve in meaningful ways.”

Johnson is one of six candidates in the race for the Republican nomination from Georgia’s 2nd District. The election is Tuesday, May 24. Born, raised, married, educated and living in Middle and Southwest Georgia, Johnson served for more than two years as a senior official in the Trump administration.

“If you just look at the candidates side-by-side, it’s easy to see that Wayne has more real-world life experience, qualifications, and education for being our congressman than all the other candidates combined,” said Ed Swearingen of Reynolds in Taylor County. “He is the best choice on Election Day. And the best choice to make the changes that need to be made once in office.” 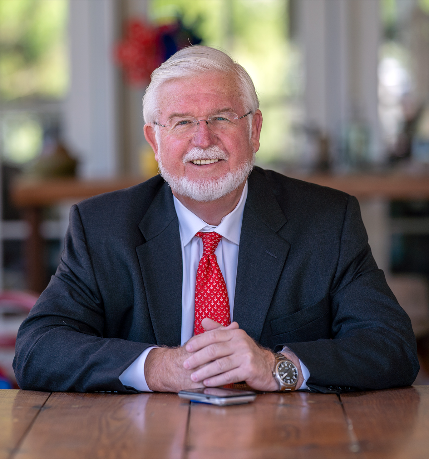 Wayne Johnson is a U.S. Army Officer Veteran, an Eagle Scout and graduate of Lanier High School in Macon. Johnson has more than 30 years in business where he created more than 10,000 jobs, and his deep experience in finance includes owning numerous businesses and

working internationally. He is a Christian, husband, grandfather, farmer, pro-life supporter and a serious gun owner.

In the Trump administration, Johnson oversaw the $1.6 trillion Federal student loan program, something he says should be ended before more high school graduates get lured into a lifetime of debt. Johnson obtained his undergraduate and doctoral degrees from Mercer University and his MBA from Emory University.

“The truth is, we need expertise and maturity in Washington to deal with the mess the Biden administration and other Democrats have made in so many critical areas, like inflation, elementary education, the Southern border and even vocational jobs readiness” Johnson said when he was in Lee County recently. “I have served in Washington and know how it works, and I am the only candidate in the race that will not need on-the-job training. I will be ready to go to work on the first day to make things happen for the people of Middle and Southwest Georgia.

“In November, we need someone who is well-qualified with knowledge and experience, and we need that person ready and willing to be a hard-charging, fearless change agent for the people. I am that man, and I sincerely hope people will trust me with their vote on Election Day.”