ALBANY, GA. – In what is the first and perhaps only time during the election cycle, all six candidates shared a stage at an energetic congressional forum in Albany on Saturday.

Candidates Wayne Johnson, Vivian Childs, Chris West, Paul Whitehead, Jeremy Hunt and Richard Robertson answered questions on topics ranging from free speech in the era of cancel culture to illegal immigration and education in the event at Doublegate Country Club. More than 100 people were in attendance.

“It was an outstanding event, and credit needs to go to the Dougherty and Lee Republican parties for bringing the candidates together,” said Don Cole, former Republican nominee for the 2nd Congressional seat.

The forum was professionally videotaped in his entirety and is available by contacting the Dougherty County or Lee County republican parties. It is also available on YouTube at:

The discussion focused on which of the six Republicans would be the best candidate to defeat long-time Democratic incumbent Sanford Bishop in the November general election. 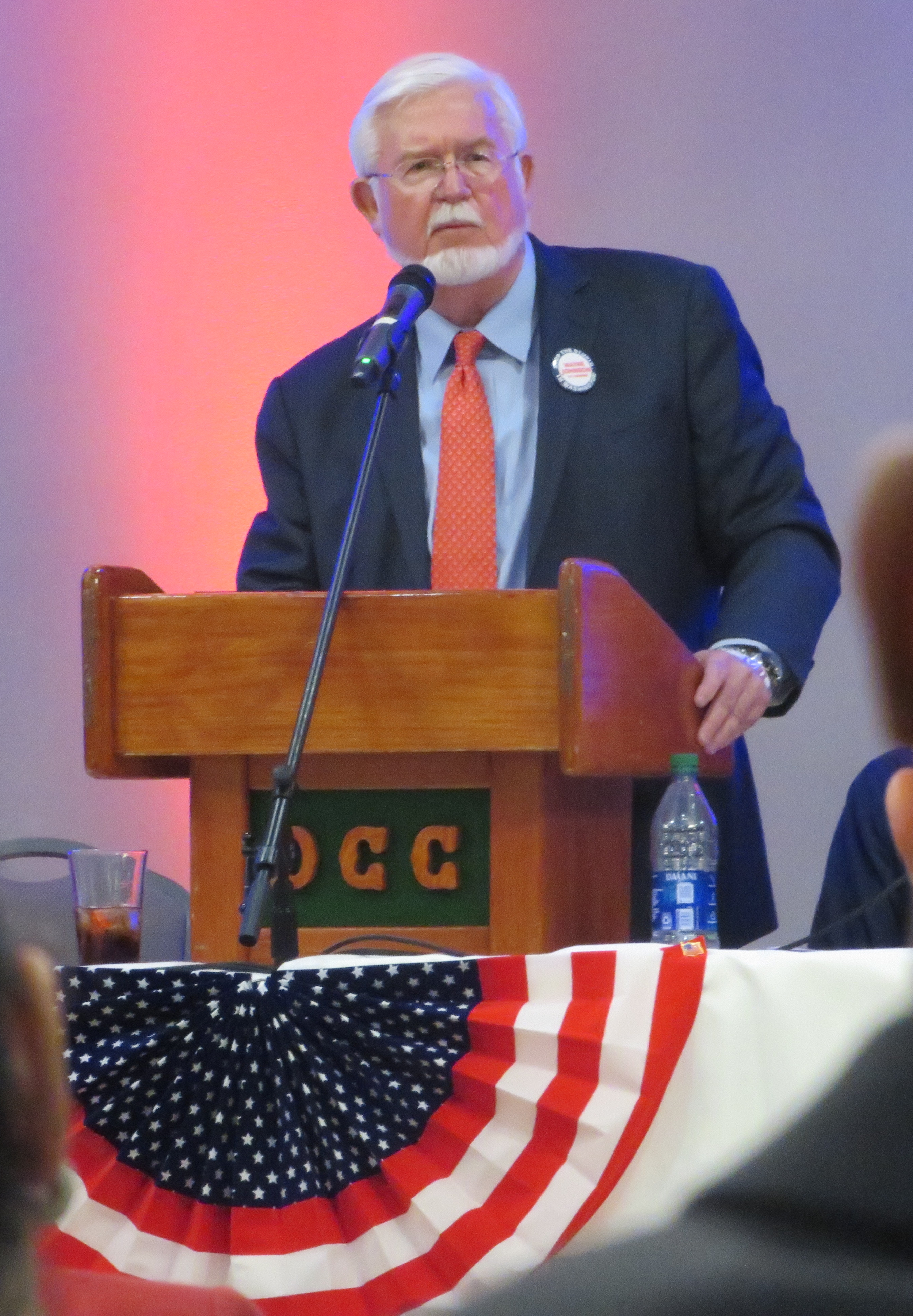 “I could take Sanford Bishop on any day of the week,” Johnson said. “I can match him with experience, and I can overpower him with maturity. I can go forward and address the things that are wrong in the district.”

All six candidates had a total of 12 minutes to make their opening and closing remarks. Each candidate presented well as to their backgrounds and positions, as well as answering an array of 18 different questions that had been prepared in advance by the organizing committee with each candidate answering three of these questions.

Five of the candidates questioned law student Jeremy Hunt for being the candidate of Washington, D.C. special interests and receiving large amounts of influencing money from outside Georgia's 2nd Congressional District.

Candidate Chris West was specific in saying that while 90% of his money was from within the district, that 90% of another candidates’ (meaning Hunt) money came from outside the district and even came from donors who also give significantly to Democrats like Sen. Majority Leader Chuck Schumer.

For his part, Hunt had little response to the issues with his fundraising or the reality that he was a resident of Connecticut who showed up in the 2nd District just in time to file for the primary.

These Washington politicians “don’t give a damn about what’s going on with the 2nd District and just want is somebody in Congress they can groom,” Johnson said. He dismissed the D.C. power brokers saying, “If the needs here in our district aren’t being met, then Washington isn’t working for us.”

“I promise you I have the resources to make it happen. I’ve got the conviction, I’ve got the experience, and frankly, I’ve got the heart,” Johnson concluded. He hearkened back to his modest roots in Macon as the son of a sharecropper and a Piggly Wiggly grocery clerk and said that he grew up knowing “the American Dream was simply the American Way.”